Moving to the JS Foundation

On a wet January day in 2013, I started playing around with how to visualise mapping messages between MQTT topics. Having got something working in my web browser, I showed Dave and said it wouldn’t take much to have the visualisation update a running system at the click of a button. Without pause, his response was ‘go on then’ and Node-RED was born.

Soon after we added a Serial node to get data from a GPS into MQTT for a project Dave was working on. A couple of months after that we were running it on a group of Raspberry Pis strapped to a client’s manufacturing line.

At that time it was a side project; something to fit around the day job. As it became evident to us we had something quite useful, the question was how to make the most of it.

The obvious answer to us was to open source it and continue to develop it in the open. We quickly convinced the powers that be that this was the route to take and in September 2013 we pushed the first commit to GitHub.

Fast forward three years and we find ourselves with over 325,000 installs from npm, over 600 nodes contributed to the community and code contributions coming into the project from over 50 non-IBMers.

Node-RED is included on the main Raspberry Pi Raspbian distribution - available directly from the desktop menu.

Amongst the many nodes contributed to the community, companies such as Opto 22 are providing nodes for their own devices.

It has been used to create beautiful interactive lighting displays, to help refurbish hovercrafts delivering aid and to bring dinosaurs to life.

And of course Node-RED is a key part of the IBM Watson IoT platform’s Developer experience, making it easy to create IoT applications that can combine the best of what IBM Bluemix has to offer.

All of this has been possible through the power of open technology. Had Dave and I kept it to ourselves, we would have got on with our client projects, making incremental changes as and when we needed something from it. But by developing it in the open, we have seen a community build around it that has helped push it further than we could have ever imagined.

And that brings us to today’s announcement.

The JS Foundation, of which IBM is a founding member, has been created to drive widespread adoption and continued development of key JavaScript solutions and related technologies. With a formalised partnership with the Node.js Foundation, it is creating a centre of gravity for all things JavaScript.

As part of the launch, we’re excited to announce Node-RED is becoming a project within the foundation. 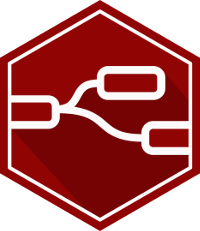 Becoming part of the foundation means we’ll benefit from increased collaboration and cross-pollination between the wide variety of projects. We’ll have an open technical governance structure and access to a Mentorship Program that will help us continue to drive innovation and increase participation.

Over the coming days and weeks we will formalise these things along with the other projects in the foundation.

But above all else, we remain an open project that continues to welcome contributions of any sort, from anyone. Our GitHub organisation won’t change, Dave and I aren’t going anywhere and we’re still committed to making Node-RED an indispensable tool for the Internet of Things.

We wouldn’t be here today without you, the community. This move is a great validation of everything we’ve achieved together in a short time.

So from Dave and myself, a big thank you for your enthusiasm, your contributions, and even your issues raised on GitHub.

To find out more about this news, check out:

To see how Node-RED can be used alongside IBM Watson IoT, try out the starter application in IBM Bluemix.